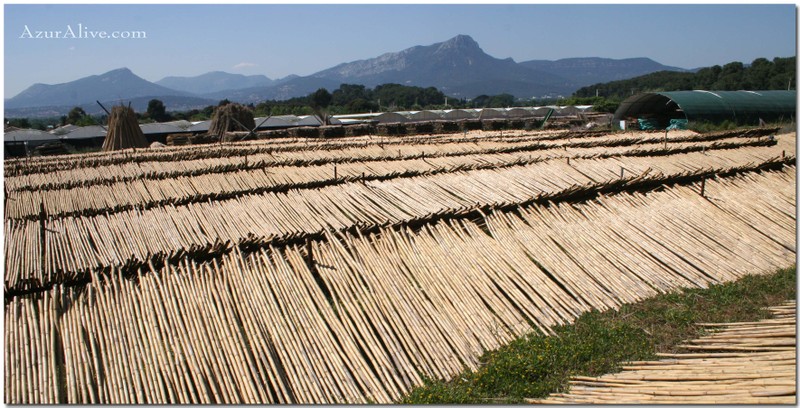 It weaves into baskets, knits into fish traps, turns into fishing rods that bend like bows under the weight of flapping fish. It stands around the perimeter of fields of cereals and protects cultivations from salt-laden winds. It turns into sheds, pan pipes, flutes, salt and pepper shakers and, since ancient times, into calligraphic plumes or "calame".

The "Canne de Provence" (Arundo donax ), also called Giant Grass, wild cane or giant cane, grows comfortably in its favorite spots in the Var department of South Eastern France: by the marshlands of Villepey, on the St Tropez peninsula, around Hyères. There, it finds the conditions it loves best: a well-drained soil with water close by and plenty of sunshine.

For centuries, folks have molded the tall grass into beautiful and useful artifacts. Today, small slivers of the local giant cane, delicately carved out of the best, hand-selected most-suitable canes, win international acclaim. 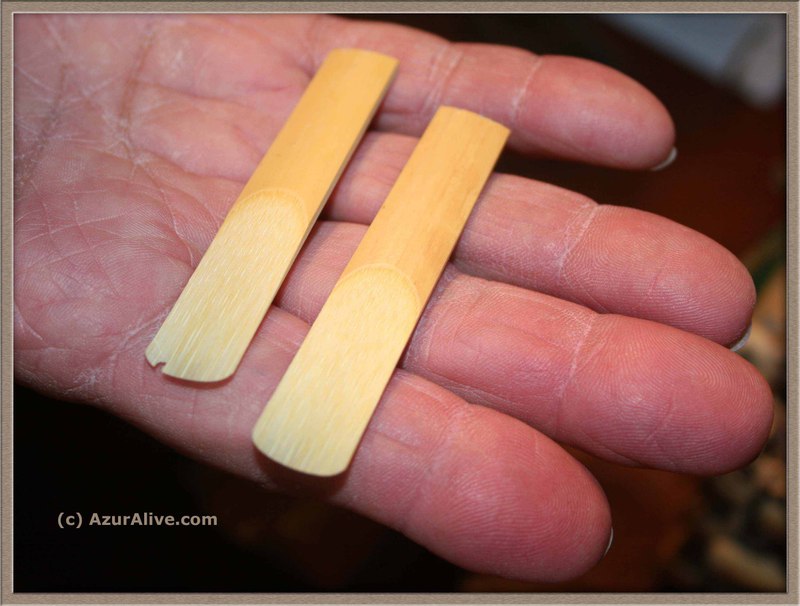 When placed in the mouthpiece of saxophones and clarinets, they  vibrate with the musician's blow and let out musical notes. To many wind instrument musicians, reeds are fundamental. They shape the timber or color of the musical notes produced.

So how are reeds made? 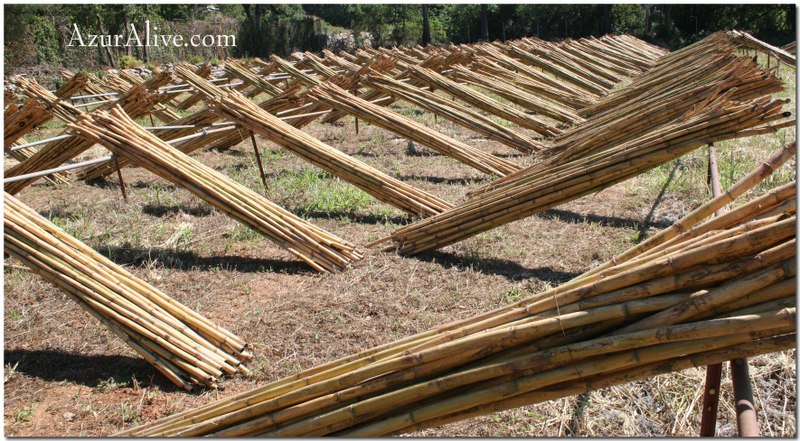 In the Var, the best Arundo donax canes are harvested when they reach about 2 years of age. They are culled by hand, de-husked typically using a small machine, laid out to dry in the sun in conical arrangements like tipis or stretched out above fields where air circulates under them. They are then cured in dry and aerated sheds where they regain their golden shine. While a number of local Var growers manufacture their own reeds, many harvest, dry and cut the carefully-inspected canes into tubes for processing by international reed manufacturers such as Rico and others. Why the Var reeds?

To the poet, the Var reed owes its vibrating talents to the teachings of the local Mistral wind. The regional wind, they say, shapes the Arundo donax from its time as a tender green sprouting grass and guides it to vibrate just right.

To others, the mystery of the perfect reed source lies not only with the local winds that bear on the tightness and flexibility of the cane's fibers, but with the specifics of the soil, the climate, the surrounding hills, the water, the manual care taken in its harvest.

A reed, as it turns out, is much like a fine wine.

The reed doesn't miss a beat and celebrates its own festival each year in May in Hyères at the "Festival de l'Anche". At the festival's Golden Reed competition (“Anche d’Or”), musicians blow their instruments and show their passion for music and a reverence for the little slice of an exceptional weed that vibrates behind the melody.

For more tips on what to do while in Hyères, check out our postings on the Salins de Pesquiers and on the Golden Islands of Hyères.